Loreto Nottingham past pupils generous support of our school

We were thrilled to be contacted by Anne Beardsley recently on behalf of a group of Loreto Nottingham past pupils. The Loreto Nottingham girls 1966 – 1971 held a reunion on 22nd June 2019 with 22 attendees in total, travelling from all over England to be there. 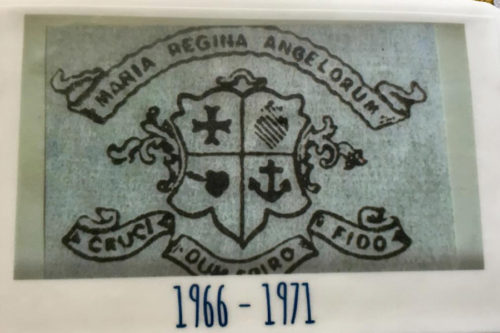 Many of these Loreto girls had not seen each other for 48 years but once together again, the years simply melted away!

Sadly, a number of classmates have passed away but their fellow classmates wanted to do something to honour their memory. We’re delighted to accept their very kind donation of £400 – it is very much appreciated, and will help us greatly.

Drawing a connection between a group of former Loreto girls from England with those at Loreto Rumbek, South Sudan, the Past Pupils remarked that

Female children in South Sudan face extreme adversity in the pursuit of academic success. We were very fortunate to have been educated at Loreto School, and most of us have had a good career, a family and lead a comfortable and stable life”.

The donation was made in memory of the following dearly departed friends:

The Loreto School in Nottingham merged with another school (Bishop Dunn) in 1975, to become The Trinity Catholic school. Past Pupils are planning an even bigger event in two year’s time – anyone wishing to reconnect with their former classmates can find them through social media!

Again, many thanks to all who contributed – it is wonderfully heartening to know we have the support of former Loreto girls, and to witness that special connection staying alive!