Mary and Elizabeth – the twins who survived and flourished

A tale of twins is an area of interest in the life of a South Sudanese woman. It is neither an easy task nor a privilege to give birth to twins. It is only a desirable occurrence for the few people who hope beyond the dark side of life and its challenges.

This is because of the dangers posed by the prolonged crisis in South Sudan. There is hunger and starvation due to unreliable weather patterns, poverty, poor infrastructure, insecurity, poor health and poor nutrition, inadequate health facilities and health personnel, communal clashes, cattle raids and many more challenges in a country that is very under developed.

In such a society, the expectant mother is at high risk. South Sudan’s maternal mortality rate is among the highest in the world. The pregnancy is a long journey and the delivery does not even bring a sigh of relief. For cultural reasons, most women decide to birth their children at home – only 19% of women will have their deliveries facilitated by a qualified physician, midwife, or nurse. 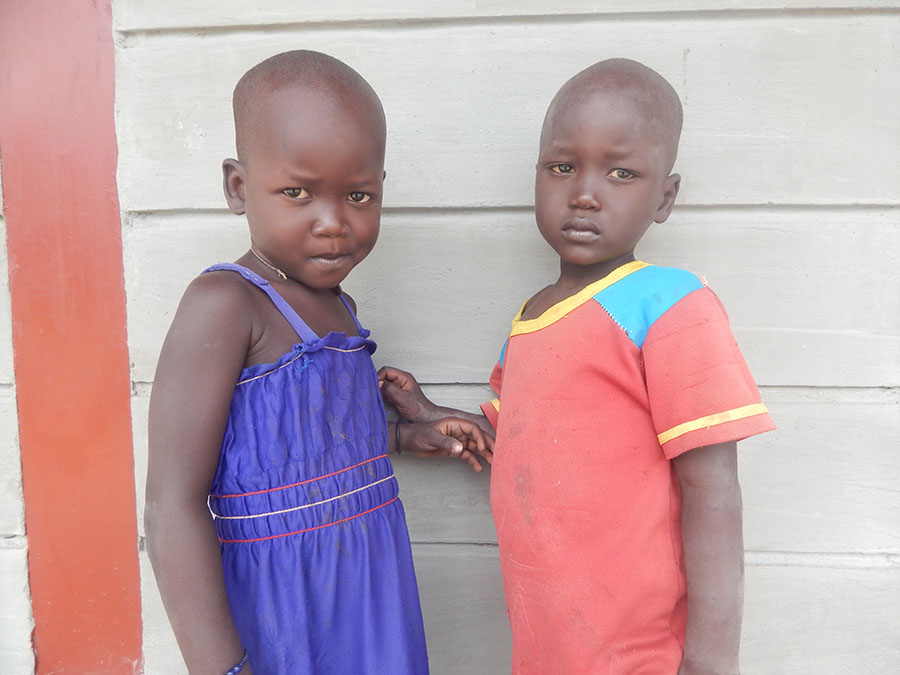 In many cases, when an expectant mother gives birth to twins, it is very likely that neither or only one of them will survive. Poverty-stricken families (the condition of most families) lack the basic means to support the mother and both babies.

The breast milk is often too little because the mother is undernourished. The babies may not survive because there is not enough food and they do not get the necessary medical attention.

According to Hellen Ding, a Senior 3 student,

“The survival of twins is not easy. Most of the time one will die. Also many people fear and hate getting twins because it is so hard to raise them. Even the mother may have nobody to help her carry them. Like in my village, one person gave birth to twins and the one who was born first is in Senior One but the one who came out second is in Primary Six. Also it is hard for them to go to school in case they survive.”

At times, the mother must choose which child will survive – which child she will breastfeed with the little milk she produces. Usually, the child who shows the strongest will to live is chosen.

For these reasons, most people in our community would perceive the delivery of twins as a curse or bad omen in the family and in the society at large. This can be traumatic to the lactating mother and there is often no source of healing because she may be abandoned, with sole responsibility for the babies and herself. Twins who survive are heroes in the society.

A hopeful beginning and a new story

Here at Loreto, we are full of life and we have a different story to tell – the story of Mary and Elizabeth, twins who have survived. Their story keeps us hoping, in the words of Mary Ward that, “Women in time to come will do much.”

Mary Adit, and Elizabeth Achien, are identical twins, whose resemblance is an amazing beauty. It is difficult to distinguish these two students in the Senior 4 Arts Class, who are set to graduate in November of this year. They joined the Loreto Girls Secondary School in 2015 and were among a vibrant group of young women interviewed for limited placements that year.

Fortunately, they both performed well during the admissions process and they were offered two coveted spots in the Senior 1 class. Loreto has played a major role in helping them to sail through their secondary education successfully and securely. As Mary herself observed…

“Bringing up twins is not easy and it’s a good luck if both of them grow well, it is hard to provide for both of them. Like sometimes at home both of us may not afford enough things to use but in Loreto Secondary School we get stationery, uniform, food and quality education and life skills, I’m grateful,” 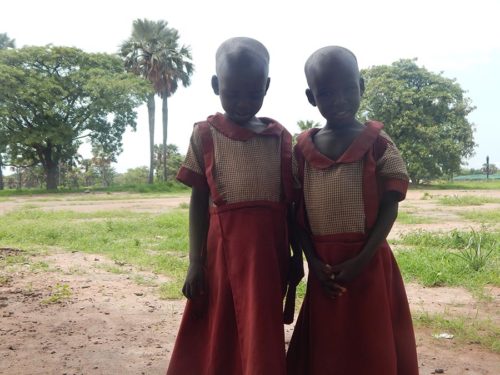 Being at Loreto is a great privilege for them because of the plight of the girl child in South Sudan. Here, a girl is viewed as a source of wealth due to the strong cultural practice of ‘bride price.’ In the current crisis, 52% of girls are married before their 18th birthday; 17% before they turn 15 years old. Formal education has helped girls to learn to value their lives, and to understand that every child is entitled to the right to education and to life.

For Elizabeth Achien, Loreto has been a haven, “Being here has been of great importance to me. As we grew up I didn’t want to be separated from her, (but here) I have interacted with people and become friends with students and they appreciate us. Also being here has protected us from dangers of the society like early marriage. This is a home to me.”

This is true of Rose Alith, a Senior 3 student, “I am encouraged by the story of twins in Loreto. It gives me hope that the few twins who survive can still join school and do their studies and be important people in the world.” 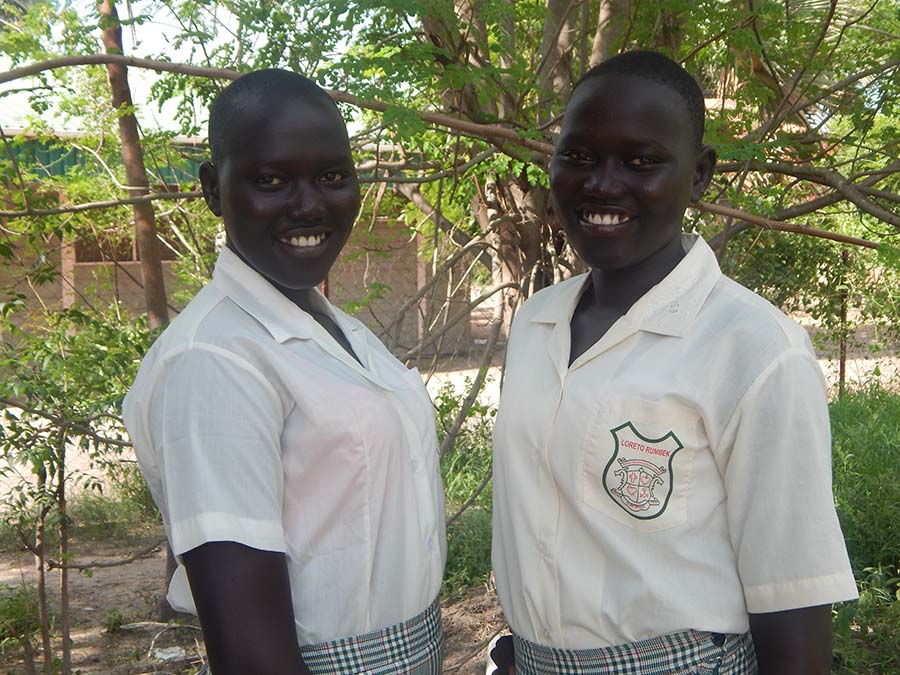 The story of Mary and Elizabeth is a case of giving birth to hope in the midst of hardship. This double blessing could be read through the symbolism of their names, the biblical Mary and Elizabeth who bore champions of love, hope and forgiveness, Jesus and John the Baptist respectively.

In a couple of months, these two girls will be sitting for the national exam. We wish them success and we trust that they will continue to be beacons of hope and agents of change in our society.