The Loreto Peace Club is a vibrant group of students from the Loreto Girls Secondary School (LGSS).

With funding from Mennonite Central Committee (MCC), these girls participate in outreach activities such as visiting Pan Ngath (the local orphanage and infant care center), and providing the community with trauma awareness, healing, and resiliency skills, through Listening Circles.

The members learn about peace building and conflict resolution through the Peace Clubs Handbook created by MCC Zambia. For Ayom, a Senior 2 student, the Peace Club is very important, “Sessions we hold as peace club help people understand the meaning and importance of peace. As we speak and share, it brings healing and hope to those who have been affected…I can stand out and preach peace and change the situation.”

After the signing of the Comprehensive Peace Agreement (CPA) with (northern) Sudan, South Sudan became the world’s youngest nation in 2011.

In December 2013, a new civil war erupted from a division in the government, and in August 2015, a peace agreement lead to the creation of a transitional government of national unity. However, the conflict did not end, and in July 2016, the nation lost its tenuous hold on peace.

Although not currently directly involved in the civil war, Western Lakes State is one of the areas most affected by violence due to revenge killings resulting from issues such as cattle raids. This is a major challenge to peace in our community of Maker Kuei, situated in Western Lakes State. The Loreto Peace Club works to transform the local community by promoting conflict resolution through non-violent means.

In June, the club held their annual peace concert, to bring students together and create awareness about the values of peace and tolerance among them. Through sharing, the girls create a moment of self-evaluation, which serves as a trauma healing initiative too. 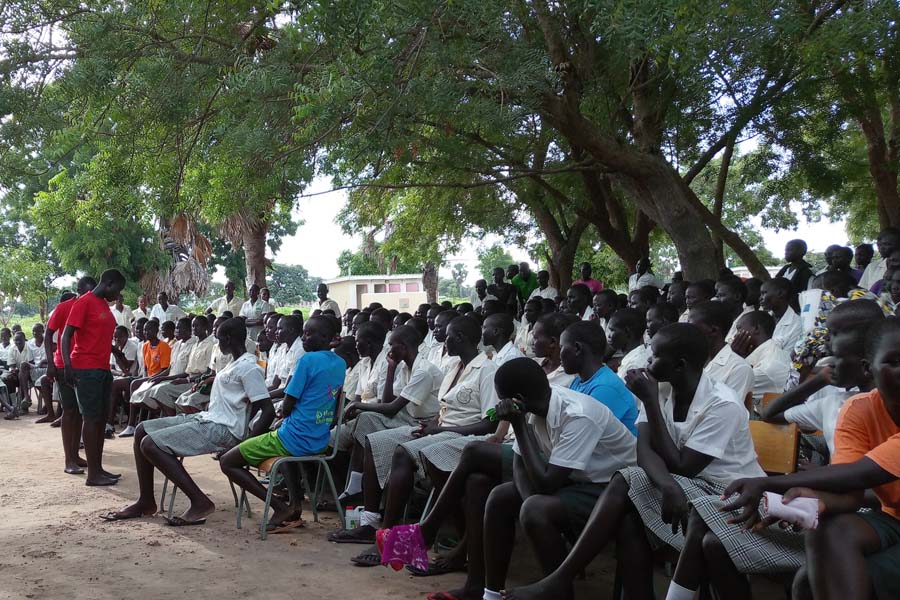 Gathered tranquilly under the big neem tree at Loreto, the girls danced, sang songs, and recited poems to communicate the importance of peace. The theme of this year’s concert was unity and peace. This was clearly articulated through the song, “We Need Peace,” performed by our students from Yambio.

Students also sang and danced to the popular song, “We are the World,” which was viewed as a wakeup call to be the initiators of the change they want in their communities.

Sandra Amiok, a Senior 4 Peace Club member performed a song and dance to show love and respect for parents and elders, reminding students to respect those that provide for them. This performance moved many girls as they reflected on the love they have received from their parents.

An important part of the concert is the use of fire as an emblem of destruction and healing. The girls list things that lead to separation on pieces of paper and burn them in a symbolic destruction of the walls that divide them. They then light candles to represent a new beginning and walk around to spread this new hope.

Practising peace in our everyday lives

The concert invites students to practice attitudes and behaviors conducive to peace in their daily lives. In effect, it has a transformative dimension that changes the outlook of students not just on peace, but also on others and even on themselves.

According to Yot, a Senior 1 student, “I can now preach peace to my people and see them change. We can learn to solve our misunderstandings peacefully by dialogue or involve other parties and explain without causing fight. As students we should also learn to forgive each other and first look into the cause of problem without fighting.”

Events like the peace concert reach out to students with the assured hope that they will in turn use their knowledge and skills to transform their immediate environments. Their role is to lay the foundations for a future of shared and peaceful destiny.

Ms Migwi, the patron of the Loreto Peace Club explains –

“It is only through peace that we can achieve our full potential, as an individual as a nation as one people. Peace creates an atmosphere that enables a nation to thrive, to conquer her challenges and achieve her economic goals. To achieve peace, we must spread love, be the light we want to see. For hatred cannot drive away hatred, nor can darkness drive away darkness.

Let us be the light we want to see in the world. It begins from within.”

We hope that these young leaders will contribute to building the next generation of peacemakers by training themselves and their peers in the skills learnt from the peace club activities. This will strengthen the dissemination of a culture of peace in South Sudan and beyond. 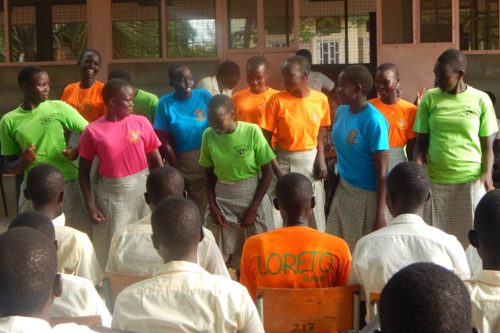 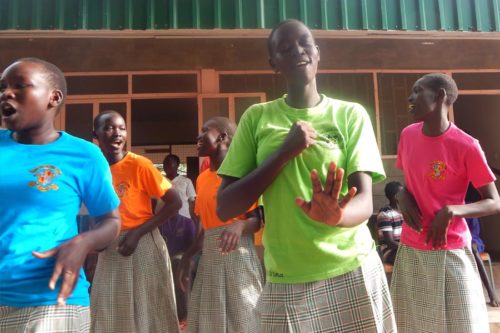 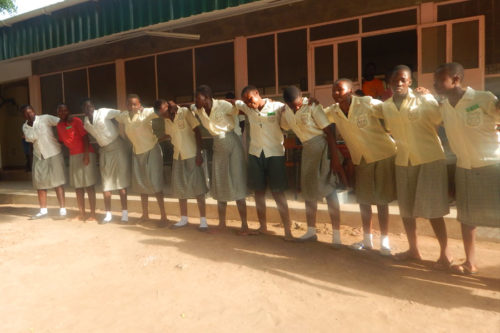